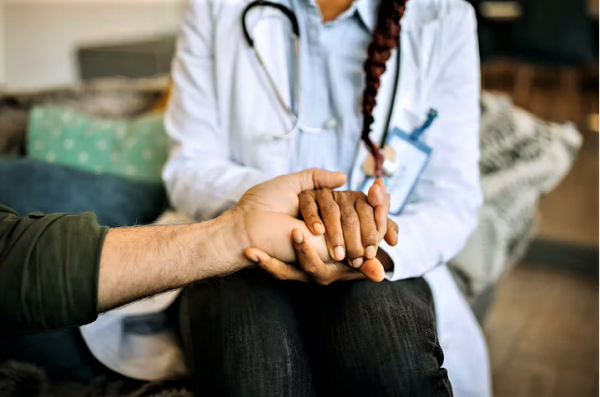 Catholics are being urged to support the under-funded hospice and palliative care services by donating, volunteering in hospice shops and asking their members of Parliament and the Government to make palliative care a priority.

Bishop of Auckland Stephen Lowe, Secretary of the NZ Catholic Bishops Conference, says hospices provide a free service to 20,000 palliative care patients and their whānau each year, but have to fundraise almost half the $176 million cost.

“The Government is providing just $88 million, meaning hospices are having to raise the other $87 million through fundraising events and sales from hospice shops and the like, which have been affected by the various pandemic responses,” said Bishop Lowe.

“When the public was asked at the 2020 election to support the euthanasia legislation – dubbed the End of Life Choice law – they were led to believe palliative care would be a priority choice. Instead, hospice funding has been virtually capped at a time of high inflation, and it was recently revealed that the Ministry of Health has at least seven staff devoted to supporting euthanasia, but none devoted to palliative care.

“As bishops we regularly hear from parishioners worried about the survival of palliative care services. A letter we received recently highlighted how we have an inequity of government support between the thankfully small number of those who choose to end their life by euthanasia and those who would like to die in God’s time with palliative care.

The letter said: “As a country we should be expanding palliative care, not cutting back because we can’t pay for it. As individuals we have little voice, but as a community, we could make a difference.”

Bishop Lowe says the bishops wholeheartedly support that message. “We need as the Catholic community to be vocal and practical in our support for palliative care and hospice facilities. We should be supporting hospices as much as we can through donations, volunteering in hospice shops and shopping in them when possible. Parishioners should consider contacting their local members of Parliament to state support for the hospice movement and palliative care.

“Palliative care helps many people with life-ending conditions including multiple sclerosis, lung failure, cancer, motor neurone disease and dementia. We need to remember and emphasise that palliative care is not just undertaken in hospices, but in people’s homes. It also helps families and whānau before and after their loved ones die. It is an essential service which should be supported as such.”