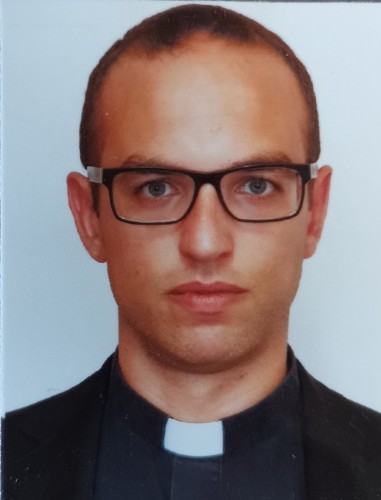 Kia ora and welcome from the NZ Catholic Bishops Conference to Father Giosuè Busti from Perugia, Umbria in Italy, on your arrival in Aotearoa New Zealand to take up your appointment as First Secretary-Deputy Head of Mission at the Apostolic Nunciature of the Holy See in Wellington.

The Apostolic Nunciature is the diplomatic office of the Vatican in New Zealand, equivalent to an embassy.

Fr Busti was born in Assisi, Umbria, in central Italy, noted as being the birthplace of St Francis of Assisi (1181-1266), founder of the Franciscan order.

He was ordained a priest of the Archdiocese of Perugia–Città della Pieve in Umbria in June 2019. His qualifications include a PhD in Canon Law from Pontifical Lateran University in Rome, a Masters in Political Science from the University of Perugia and a Bachelor of Theology from Assisi Theological Institute.

Archbishop Novatus Rugambwa, appointed to Wellington in 2019, is the Apostolic Nuncio – the Pope’s chief diplomatic representative in Aotearoa New Zealand.